Home » Best Picks » Best Apps » 2022 • Safe & Secure Video Calling Apps For Android & iOS
There are numerous video calling apps out there. But, only these are safe!

How We Tested? We evaluated all the top video calling apps for security, reliability, features, and performance on our test device. We then obtained the data from trusted sources to come up with the safest video call/chat apps for both Android and iOS.

Signal is one of the most popular private messenger apps used by millions of security-conscious people across the globe.

Snowden’s Favorite: It became famous overnight when American intelligence agency CIA’s ex-employee Edward Snowden said that Signal is the only app he believes to be absolutely safe and secure.

End-to-End Encryption: Anything you send on Signal is fully encrypted with its very own advanced end-to-end encryption technology that is the best in the world. It assures users that no one other than the sender and the intended recipient is able to see messages, video/voice calls, and attachments.

Complete Privacy: Signal is an open-source project, so anyone can view its code. This kind of transparency allows for routine auditing and helps ensure that the app’s security is always up to date. Run by a non-profit organization, Signal has no ads and no creepy tracking. It’s hard to ask for much more than that in terms of privacy.

Recommended: Having said all that, like most other messaging apps, it is buggy at times and has its problems. Overall, a very safe video calling app that is 100% recommended!

Viber is one of the most popular communication apps in certain regions of the world. Yet, it has always remained in the shadow of WhatsApp.

High-Quality Calls: It allows you to share various multimedia files, emojis, stickers, texts, locations, contacts, and more. The voice and video calls are of high-quality. The audio quality is simply crystal-clear and needs a special mention.

Complete Encryption: All chats, video, and voice calls are end-to-end encrypted on Viber by default. Also, nothing you share is ever stored on Viber’s servers once delivered. Viber’s end-to-end encryption is based on the ‘double ratchet’ protocol found in Open Whisper Systems Signal application. This makes it a secure video calling app for both Android and iOS platforms.

Hide Conversations: Interestingly, you can hide conversations from your main chat list and access them whenever you need to with a PIN.

Timer Messages: Secret Chats feature lets you set a self-destruct timer for every message in your conversation. So right after your message is read, it’s automatically deleted.

More Control to You: Control when others can see your online status and delete a message even after it was sent. You can call landlines or non-Viber users with Viber Out’s low-cost international calling service.

Duo is an intuitive video calling app from the stables of the search giant Google. Millions across the globe use Duo to communicate with their family and friends.

User-Friendly: The real appeal of Google Duo is its simplicity. The interface is clean and has only one real focus – find a contact easily and initiate a call. Google Duo is specifically built for video calls.

End-to-End Encryption: Duo video calls are end-to-end encrypted by default. No one, including Google, can trace your calls or know what you converse!

HD Video Calls: It provides the highest quality video calls in 720p HD, which work well, even on slow networks. Call quality adjusts to changing network conditions to keep you connected. Duo can also automatically switch between Wi-Fi and cellular networks without dropping the call.

Knock Knock: Not just video calls, you can make voice-only calls too. You can leave a video/voice message for contacts who are unavailable. The nifty Knock Knock feature allows you to see live video of the person calling you, even before you answer.

Past Issues: It is true that Google has been caught in the midst of various privacy issues in the recent past. The challenge, however, is that Google’s been notorious for building and discarding different messaging apps every few years.

Line is an easy-to-use messaging app that has earned a strong reputation in many countries in Asia as well as the West.

Engaging: You can also enjoy great quality voice and video calls, no matter wherever you are. Video chatting on the Line app is engaging with the use of various special effects and filters.

Total Encryption: By default, Line secures all text messages and video/voice calls with end-to-end encryption with a feature called ‘Letter Sealing.’ Only the sender and recipients can view messages/calls. The app uses the ECDH protocol for encryption. ECDH is an anonymous key agreement protocol that allows two parties to establish a shared secret over an insecure channel.

It’s Social: Line also has a timeline feature, much like Facebook/Twitter, that allows users to post pictures, text, and stickers on their homepages. However, a few years back, under the political pressure of certain countries, Line had reportedly done keyword filtering and emoji censorship.

Landline Calls: The Line Out feature allows you to call people who are not on the Line app by using their mobile or landline numbers at lower prices. You can also make calls using Line Out for free by viewing ads too.

WhatsApp is the most popular instant messaging app in the world, connecting billions of people. It is a free, cross-platform app owned by Facebook.

Fully Encrypted: All messages, voice/video calls on WhatsApp are completely encrypted. For this, it makes use of the Open Whisper Systems Signal Protocol, which is absolutely good. It ensures only you and the person you’re communicating with can see what is sent, and nobody in between, not even WhatsApp.

Secure: The optional two-step verification feature allows you to add more security to your account by setting a PIN that is required to verify your phone number on any device.

Doesn’t Store Your Data: Further, WhatsApp doesn’t store your messages on its servers. So, even Law enforcement agencies who turn up at its offices get access to nothing.

Problems: However, it is not advised to back up your WhatsApp messages to the cloud since that would deliver unencrypted copies of your message to the cloud provider. Previously, WhatsApp has had some security flaws, but there were all promptly fixed at the earliest. Recently, WhatsApp has started sharing user data with its parent company Facebook, and that has made us rank it last in our list.

Most of the time, it’s the shady apps/malware that results in the hack. Users unknowingly download such apps that easily gain access to the camera and mic. The app/malware gives away all the personal information to a hacker who then leaks it.
Remember! Always download apps from the official app store or trusted sources.

Other times, videos are directly recorded by the person you’re communicating with using a screen recorder app and leaked.
So please make sure the person you are video chatting with is 100% trustworthy.

With that said, the safe video calling apps mentioned in this article are best recommended for personal and private video chats with your close ones. 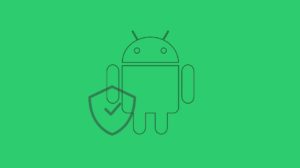 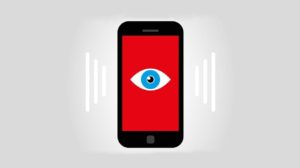